Warnings for heavy snow for Fribourg 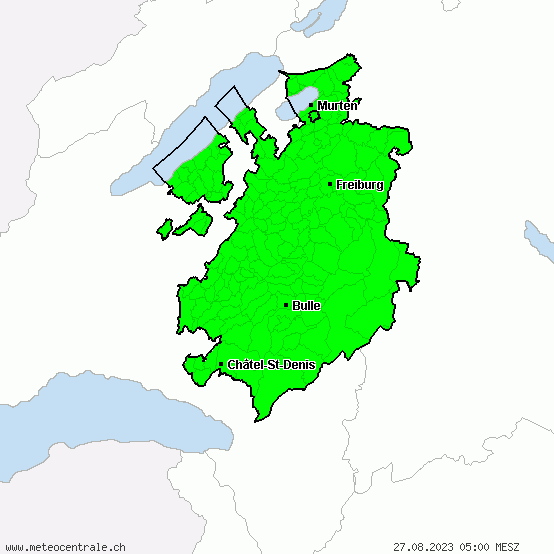 The map gives an overview of all the heavy snowfall warnings for Fribourg. On the graphic you can see at which locations respectively in which areas of Fribourg heavy snowfalls and thereby large amounts of fresh snow and snow dangers are to be reckoned with. This may entail considerable traffic obstructions and snow damage in Fribourg.

We distinguish between weather watches and weather warnings. Heavy snowfall watches for Fribourg are issued if heavy snowfalls are probable but there are uncertainties about duration, intensity and/or the course of them. Heavy snowfall warnings for Fribourg, in turn, are divided into three levels (orange, red, violet) that comply whith the expected depth of fresh snow. The detailed and reliable forecasts of such heavy snowfall events are very important especially for the winter road maintenance, the traffic and the accident service of Fribourg. Professional and experienced meteorologists at the Severe Weather Centre continually adjust the heavy snow forecasts for Fribourg manually and make them cutting-edge 24 hours a day.